After cancelling its spring season, Chanhassen Dinner Theatres has released a summer concert schedule. This weekend, performances include the fan-favorite 100 Years of Sinatra (July 10, 11) and a tribute to divas like Aretha Franklin, Whitney Houston, Tina Turner, and Judy Garland called I Am Woman, Hear Me Roar (July 12). The Chanhassen theater company has moved all performances into its spacious Main Dinner Theatre, to accommodate a safer number of guests at 25% capacity. (Mask use is required when not consuming food or beverages.)

What: Thaïs, The Fix, and The Marriage of Figaro
When: Through July
Where: Minnesota Opera website

The Minnesota Opera has launched a digital opera series, so you can watch past productions. They include Massenet’s Thaïs (through July 12), an ancient tale of love and glory; The Fix (through July 19), a Minnesota-made opera about baseball; and Mozart’s classic comedy of errors The Marriage of Figaro (July 11-26).

What: Creative Black Music at the Walker: Selections from the Archives
When: Ongoing
Where: On the Walker Art Center website

The Walker Art Center has dug through its archives to pull together a focused collection of materials documenting the museum’s almost 60-year history of collaborations with groundbreaking Black musicians. Publicly available for the first time, these videos, audio recordings, posters, and photographs focus on a group of artists who came up in the ’60s and ’70s, including Amiri Baraka, Betty Carter, and Ornette Coleman. The result preserves acts of “artistic freedom, self-determination, racial justice, interdisciplinarity, and free-flowing creative expression.”

What: History Revealed: Exploring the Historical Roots of Racism in MN
When: July 9, 7-8 p.m.
Where: On the East Side Freedom Library Facebook page and YouTube channel

Three local historians discuss books they’ve published within the past year, each of which engages with racism as it has shaped Minnesota. Marty Case’s The Relentless Business of Treaties, Christopher Lehman’s Slavery’s Reach, and Bill Green’s Children of Lincoln uncover local governments’ role in stealing Indigenous land, the influence of Southern slaveholders on Minnesota’s early years, and the way state leaders ventured away from racial equity in the post-Civil War era, respectively.

Weathered Souls Brewing Co., a Black-owned brewery in Texas, responded to the killing of George Floyd by launching a campaign sharing the brewery’s imperial stout recipe (Black Is Beautiful) with other breweries across the country.

“I’m a Black business owner and someone who has experienced police abuse,” Weathered Souls founder and head brewer Marcus Baskerville told the San Antonio Current. “This experience happened in my early 20s, but that stuff lingers with you. Interactions with law enforcement change after an experience like that.”

St. Paul’s Tin Whiskers Brewing Co. is in on the project, intending to raise awareness of “the social injustices faced by people of color every day, including those occurring within our own industry,” according to the event’s Facebook description. Crowlers will be available at Tin Whiskers’ online store, and they’ll hand out in-house glasses and crowlers, too. All proceeds go to the Racial Justice Network.

Raising money for OutFront Minnesota, event organizer Flip Phone is again taking to Union Rooftop, with drag queens like Nocturna Lee Mission and Jaidynn Diore Fierce, for lip-synced performances of T-Swift’s catalogue. Just don’t be trouble when you walk in: masks must be worn always when not at your table; guests must remain seated; tips must be collected in buckets—read through the list of protocols here.

What: Let’s Get Uncomfortable
When: Saturday, July 11, 1-2:30 p.m.
Where: Elliot Park, at the intersection of 11th Avenue and 8th Street in Minneapolis

Elliot Park Neighborhood has partnered with the Theater of Public Policy—which uses improv comedy to “unpack and re-imagine hard, ‘thinky’ things”—to host a welcoming, in-person talk about race and what it means to be anti-racist. COVID-19 precautions will be in place.

What: Frogleg – HookStream
When: Saturday, July 11, 11 p.m.
Where: Online at CrowdCast

The Hook and Ladder Theater & Lounge is livestreaming performances that give 10% back to the charity of the featured artist’s choosing. This week, it’s Frogleg, a Minneapolis band that pulls from rock, reggae, Caribbean jazz, bluegrass, Americana, folk, and other genres.

A Man Completes His Journey for George Floyd

What: Terry Willis 1K-Mile March
When: Sunday, July 12, 10 a.m.
Where: Mall of America to 38th and Chicago in Minneapolis

On June 2, in an act of silent protest, Terry Willis set off on foot from Huntsville, Alabama, to Minneapolis—to the spot where George Floyd was killed on May 25. More than a month later, he will arrive this Sunday. Starting at 10 a.m., folks can join Willis at the Mall of America as he begins the final leg of his journey, to Floyd’s memorial site on 38th Street and Chicago Avenue.

This showcase for Latinx crafts and artisanal goods, popping up at the La Doña Cervecería brewery, arrives via a new series of Twin Cities shows courtesy of Premier Latino Events and Corazon Mexicano. 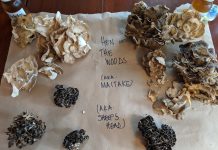 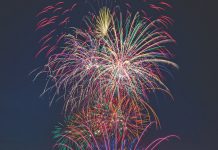 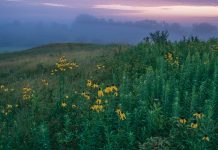